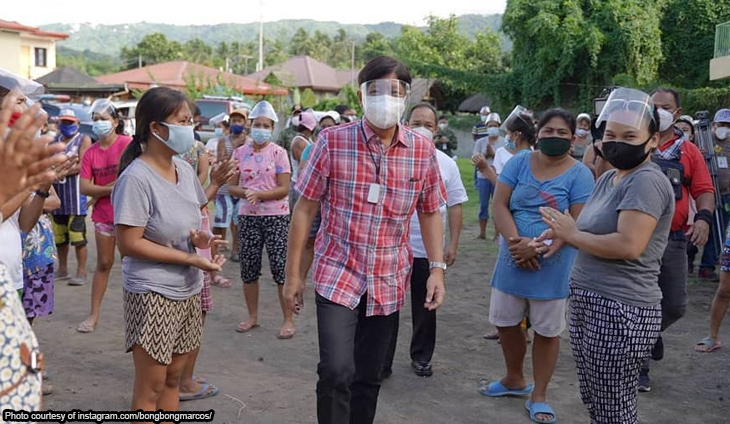 0 237
Share
Want more POLITIKO News? Get the latest newsfeed here. We publish dozens and dozens of politics-only news stories every hour. Click here to get to know more about your politiko - from trivial to crucial. it's our commitment to tell their stories. We follow your favorite POLITIKO like they are rockstars. If you are the politiko, always remember, your side is always our story. Read more. Find out more. Get the latest news here before it spreads on social media. Follow and bookmark this link. https://goo.gl/SvY8Kr

Former senator Ferdinand “Bongbong” Marcos Jr. is back on the ground on Tuesday, July 13, ass he visited several evacuation centers in Talisay, Batangas.

The Ilocano politiko, who said he is eyeing to run for a still-unspecified national post in the 2022 elections, distributed aid to residents who had to flee their homes following the recent activities of the Taal Volcano.

Marcos, the son of the late strongman Ferdinand Marcos Sr., wore his signature red color during his visit. While he has not declared the position he would gun for in 2022, Marcos has so far been performing well in pre-election surveys for possible presidential candidates.

In the latest Pulse Asia survey, Marcos is in third place with 13%, followed by the frontrunner Davao City Mayor Sara Duterte-Carpio with 28% and Manila Mayor Isko Moreno with 14%.