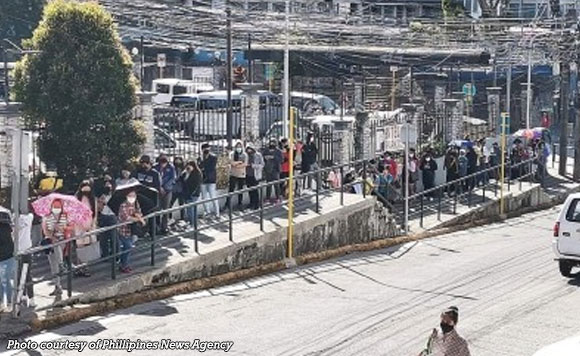 0 213
Share
Want more POLITIKO News? Get the latest newsfeed here. We publish dozens and dozens of politics-only news stories every hour. Click here to get to know more about your politiko - from trivial to crucial. it's our commitment to tell their stories. We follow your favorite POLITIKO like they are rockstars. If you are the politiko, always remember, your side is always our story. Read more. Find out more. Get the latest news here before it spreads on social media. Follow and bookmark this link. https://goo.gl/SvY8Kr

More Baguio City residents have lined up to get their booster shots, the City Health Office reported.

According to her, the highest single-day number of administered booster doses was recorded on January 7 at 4,142, surpassing 3,951 doses on January 6.

In an interview, Baguio City Mayor Benjamin Magalong said that he is happy with the steady increase of residents to get the vaccine and the booster shot.

“People are becoming aware of the benefits of boosters. We just have to sustain the supply,” the Politiko said.