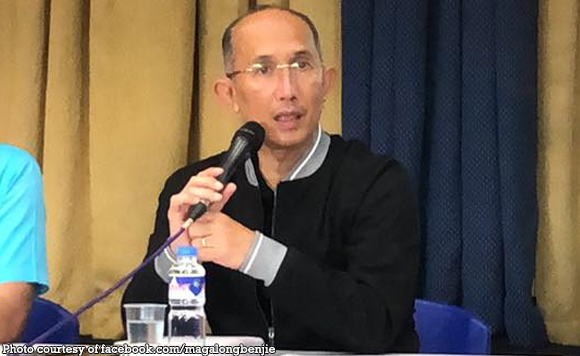 Baguio City Mayor Benjamin Magalong said he might extend the operation of the Baguio Blooms exhibit by one month.

The Baguio politiko said he might approve the extension because of the novel coronavirus (nCoV) scare.

A number of exhibitors have complained of the negative effect of the nCoV scare.

Baguio Blooms is one the major attractions during the Panagbenga.

The city chief executive explained that the temporary postponement of the major crowd drawing events in the city was a product of consultations with the concerned health authorities and upon consideration of the health and safety of the people.

Earlier, a number of exhibitors in the ongoing Baguio Blooms Exposition and Exhibition at the Baguio Convention Center grounds complained that their supposed lucrative operation was significantly affected by the nCoV scare that resulted to the eventual postponement of the Panagbenga grand opening parade and other major crowd drawing events in the city.

According to him, the interest of the business sector is also being considered in the decision-making processes and protocols that had been established but what will prevail will be the welfare of the general populace, particularly when it comes to the issue of health and security of the people who will be exposed to extreme danger once there will be an influx of people to the event areas.

Since the inception of the Panagbenga over two and a half decades ago, the market encounter which is now known as the Baguio Blooms Exhibition and Exhibition where local landscapers will display their landscape pieces while exhibitors will be allowed to display their handicrafts has always been a major highlight of the month-long flower festival and was able to earn its patrons through the years.

Originally, the site of the market encounter was within the Camp John Hay (CJH) area before it was transferred to the Burnham Lake Drive where it was able to gain its market as it was located right at the heart of the city.

However, the venue for the same event was transferred to the Baguio Convention Center grounds this year as the city government made its position clear that it will not allow the use of the Burnham Lake Drive as a vending area as it creates grave traffic congestion around the central business district, especially at the height of the major flower festival events.