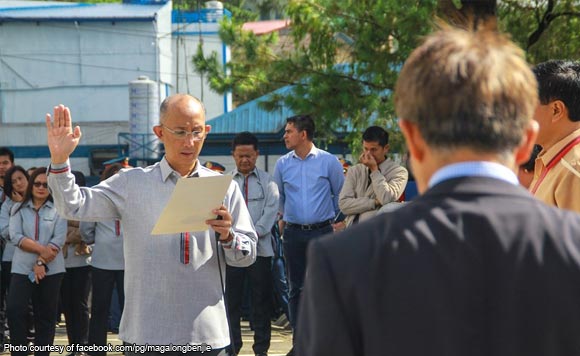 BAGUIO CITY — Mayor Benjamin Magalong has been elected as the new
head of the Baguio City–La Trinidad–Itogon–Sablan–Tuba and Tublay
(BLISTT) governing council.

Magalong, a first time mayor of this city, was elected as chairman
among the six local chief executives of Benguet.

National Economic Development Authority regional director Milagros
Rimando said in a phone interview that the council is tasked to
provide the overall direction and coordination of all development
efforts of the body.

In an interview on Sunday, Magalong said the council would focus on
five major problems in their areas.

“It’s about time we talk about policies, we deliver results, that is
what we need to do here, tangible results, something concrete,”
Magalong said.

He said Baguio’s commitment under his administration is to help
develop the other municipalities.

“Instead of inviting investors to come to Baguio, it is better to
invite investors who will invest in the adjacent municipalities, that
way I’m also helping Baguio because we are already overpopulated
here,” Magalong said.

“It is about time we disperse the population and the only way to do
that is to improve the business climate in the other municipalities,”
he said.

Magalong said the governing body would also look at the possibility of
sharing a common solution for waste management, such as the
waste-to-energy scheme.

Other plans include the rehabilitation of the rivers, as well as
re-greening of the environment, wherein saplings that are two to three
years old, instead of seedlings, would be planted. (PNA)