Mayor Magalong: I wasn’t born ‘to be a leader’ 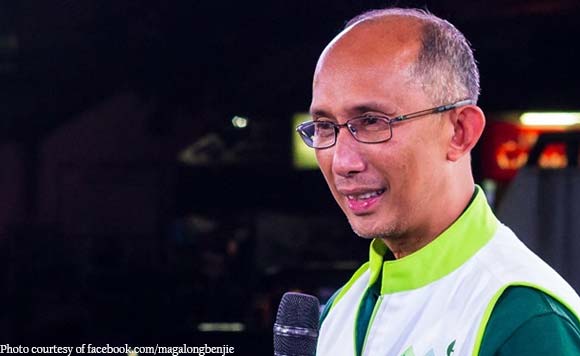 0 196
Share
Want more POLITIKO News? Get the latest newsfeed here. We publish dozens and dozens of politics-only news stories every hour. Click here to get to know more about your politiko - from trivial to crucial. it's our commitment to tell their stories. We follow your favorite POLITIKO like they are rockstars. If you are the politiko, always remember, your side is always our story. Read more. Find out more. Get the latest news here before it spreads on social media. Follow and bookmark this link. https://goo.gl/SvY8Kr

Baguio City Mayor Benjamin Magalong said he was not “born to be a leader.”

The Baguio politiko made the statement during his oathtaking last June 30.

“I take pride that in much of my public life I served the noble profession of arms, an officer and a gentleman reared and trained to lead commands of responsibility,” Magalong said.

“Admittedly, I was not born to be a leader, but I became one, not because I set out to be one, but because I aspired to make a difference,” he added.

Magalong vowed to lead by example in the next three years.

“Humbly leading by example, I will strive to inspire every worker in government to perform his mandate, to have this mindset of quality service, not just to spend a day at work, but to do it better than his usual best with the ultimate objective of developing that Culture of Excellence,” he said.