Mayor Magalong: I can’t refuse Duterte if he tells me to stay 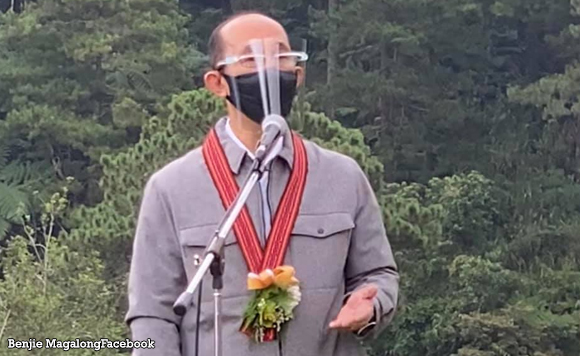 0 36
Share
Want more POLITIKO News? Get the latest newsfeed here. We publish dozens and dozens of politics-only news stories every hour. Click here to get to know more about your politiko - from trivial to crucial. it's our commitment to tell their stories. We follow your favorite POLITIKO like they are rockstars. If you are the politiko, always remember, your side is always our story. Read more. Find out more. Get the latest news here before it spreads on social media. Follow and bookmark this link. https://goo.gl/SvY8Kr

The Baguio politiko recently submitted his irrevocable resignation as contact tracing czar after he admitted that he and his wife attended the birthday party of social media personality Tim Yap.

Photos and videos of the party showed guests not wearing face masks and not practicing social distancing.

“Well it is a situation where no one can refuse if the President tells you to stay and perform your job. I cannot refuse the President,” Magalong said.