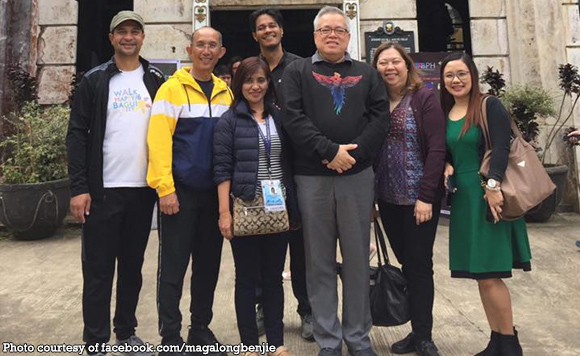 0 99
Share
Want more POLITIKO News? Get the latest newsfeed here. We publish dozens and dozens of politics-only news stories every hour. Click here to get to know more about your politiko - from trivial to crucial. it's our commitment to tell their stories. We follow your favorite POLITIKO like they are rockstars. If you are the politiko, always remember, your side is always our story. Read more. Find out more. Get the latest news here before it spreads on social media. Follow and bookmark this link. https://goo.gl/SvY8Kr

Baguio City Mayor Benjamin Magalong said the city government is ready to allot additional budget to crafts and folk arts activities to ensure that the Summer Capital will remain as a UNESCO Creative City.

The Baguio politiko vowed to increase funding for art-related programs in the city.

Magalong said he wants to increase the budget from P3 million to P5 million.

This, he explained, is aside from the institutionalization of Baguio’s creative council.

Magalong also said the city government will identify more spaces that artists can use to pursue their projects.

Magalong expressed his gratitude to the city’s private sector, particularly the Baguio Arts and Crafts Collective, Inc. (BACCI), for their efforts to help the city government sustain the designation with the conduct of this year’s Ibagiw that brings the annual activity to a higher level for the benefit of the city’s emerging industries that form part of the city’s creative economy.

He urged the private sector to inform the city government of their needs so that efforts will be done to meet the same considering the contribution of the concerned sector to the city’s current status in the creative industry.