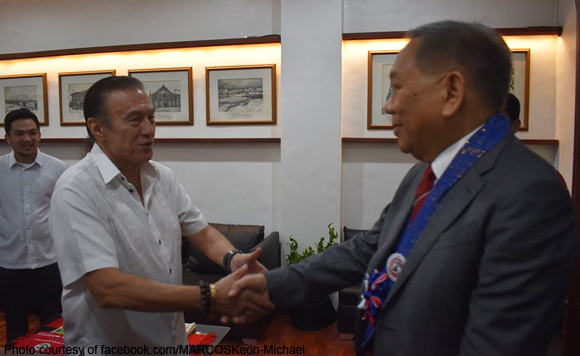 “Earlier today, February 7, I was honored to welcome one of Laoag’s greatest pride, our very own, the Hon. Diosdado Madarang Peralta, 26th Chief Justice of the Supreme Court,” the politiko said in a Facebook post.

Prior to becoming Chief Justice, Peralta once served as Assistant City Prosecutor in Laoag.

Among the other politikos present during Peralta’s visit to Laoag were Vice Mayor Vicentito Lazo, department heads and several employees of the city government headed by City Administrator and abogado Roxanne Lee Castro, and City Legal Officer and abogado Josephus Nerez.

‘We’re all here for you:’ Mayor Celeste…