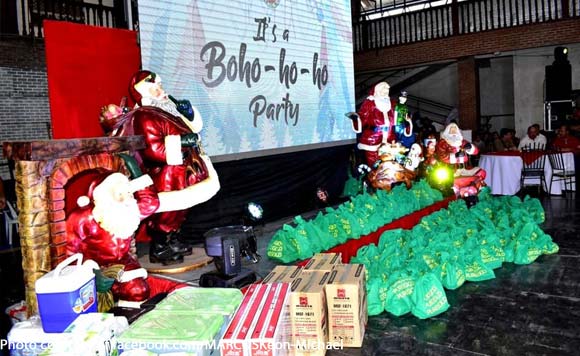 Laoag City Michael Marcos Keon went all out in their Bohemian-inspired Christmas party in the capitol.

The politiko hosted the fun Christmas party for the city government employees on Friday, December 20.

“It was indeed a Bo-ho-ho Christmas in the City Government of Laoag!” Keon said in a Facebook post.

The Bohemian-themed party was highlighted by the naming of the Best Male and Female Boho attire. There was a raffle, of course, where lucky employees took home appliances and cash prizes.

Sequence I: December 20, 2019It was indeed a Bo-ho-ho Christmas in the City Government of Laoag! Yours truly…