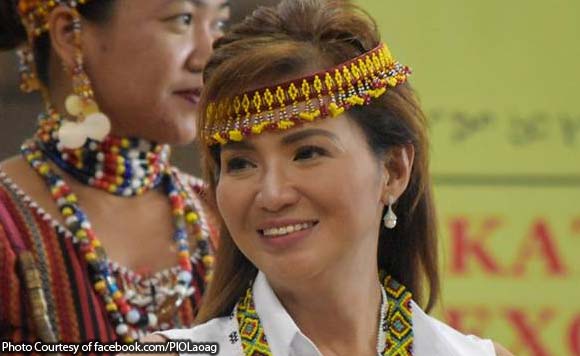 0 570
Share
Want more POLITIKO News? Get the latest newsfeed here. We publish dozens and dozens of politics-only news stories every hour. Click here to get to know more about your politiko - from trivial to crucial. it's our commitment to tell their stories. We follow your favorite POLITIKO like they are rockstars. If you are the politiko, always remember, your side is always our story. Read more. Find out more. Get the latest news here before it spreads on social media. Follow and bookmark this link. https://goo.gl/SvY8Kr

Laoag City Mayor Chevylle Fariñas thanked President Rodrigo Duterte for declaring February 11, 2019 as a special non-working day in the city in time for the celebration of the Pamulinawen Festival.

Duterte said the declaration of the special non-working holiday will give residents the “full opportunity to celebrate and participate in the occasion with appropriate ceremonies.”

Among the activities lined up for the festival include streetdancing, “Dulang” Festival, calesa parade, and the search for Miss Pamulinawen 2019.

The Pamulinawen’s grand parade is also expected to draw a huge crowd.

“February 10, which falls on a Sunday, is the annual fiesta celebration of Laoag in honor of our patron Saint William the Hermit, but we asked him to declare February 11 instead as a special non-working day for the people of Laoag to enjoy the festivity,” Fariñas said.