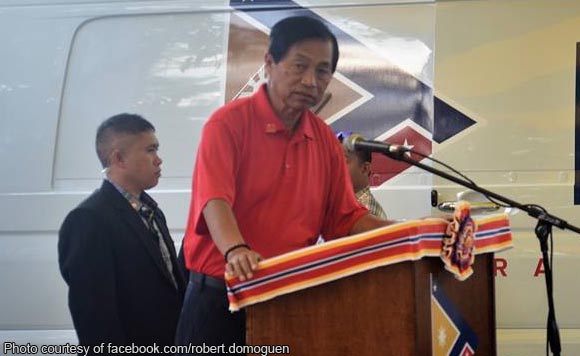 0 287
Share
Want more POLITIKO News? Get the latest newsfeed here. We publish dozens and dozens of politics-only news stories every hour. Click here to get to know more about your politiko - from trivial to crucial. it's our commitment to tell their stories. We follow your favorite POLITIKO like they are rockstars. If you are the politiko, always remember, your side is always our story. Read more. Find out more. Get the latest news here before it spreads on social media. Follow and bookmark this link. https://goo.gl/SvY8Kr

BAGUIO CITY — Quality time spent by spouses with each other will spell the difference in protecting the bond and in securing the family, Mayor Mauricio Domogan said on Monday during the launching of the marriage week celebration.

“Have the time to talk, be with each other without the disturbance from a cellphone or television. The good relationship of parents redounds to having a good relationship among the children and the entire family,” Domogan said.

He also challenged married couples to the following in seven days: write love notes to each other; not to say anything negative to the spouse; have them conversed at least 30 minutes; pray together; post on social media about their partner’s “perfectness”; have a daily goal sharing with each other; be intimate with each other.

He said parental guidance is very important to shape and mold the child’s future and couples together can better nurture and take care of their children.

“We should never forget that family is the foundation of the society. Take a look at the records of the CSWDO (City Social Welfare and Development Office), most of the out-of-school youth, children in conflict with the law are a product of broken family,” Domogan said.

“This is why it is important to institutionalize the celebration of marriage week to remind us parents that we are the first teachers of our family especially in values which is a solid foundation of development in this world especially in our children’s future,” he said.

Meanwhile, Morten Olesen, Marriage Week Philippines (MWP) vice president, said the aim of the marriage week drive is to help celebrate the couples’ commitment to each other.

Olsen said the idea is for couples to be reminded of the precious relationship they are in and become proactive in investing in their relationship, making it even better.

“Study shows that lack of communication and busy schedules are the main factors why marriages fail. We are encouraging people to invest into their marriage,” he said.

On the other hand, Councilor Elmer Datuin, who authored Ordinance 10-2017 also known as the “Marriage Week Ordinance”, said Baguio City is the first in the Philippines to institutionalize the marriage week celebration.

“This aims to provide programs that will benefit the general public having in mind that a thriving marriage can lead to a productive family hence a transformed society,” he said.

Datuin said marriage is recognized as the foundation of family life and that preservation and promotion of such institution is vital for the survival of a nation.

“Marriage is a holy covenant, it is not just a piece of paper nor a contract between two people,” he said.

In celebration of marriage week from February 7 to 14, various activities have been lined up to drum up the campaign on the importance of preserving marriage.

Among the activities are: pre- marriage counseling, Zumba class in lieu of the couples’ fun run, couples’ date and free carousel ride at Sky Ranch SM and a romantic couples dinner date with discount from participating restaurants on Valentine’s Day, a re-affirmation of wedding vows for couples who have been married for 25 years. (PNA)