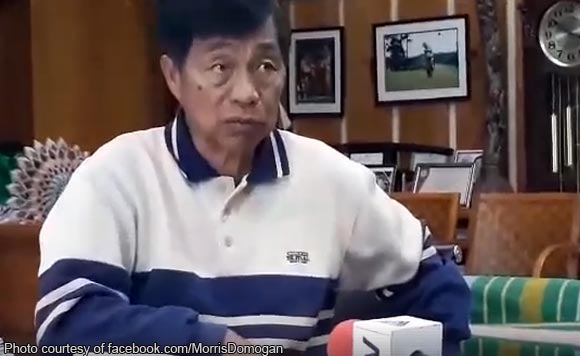 0 318
Share
Want more POLITIKO News? Get the latest newsfeed here. We publish dozens and dozens of politics-only news stories every hour. Click here to get to know more about your politiko - from trivial to crucial. it's our commitment to tell their stories. We follow your favorite POLITIKO like they are rockstars. If you are the politiko, always remember, your side is always our story. Read more. Find out more. Get the latest news here before it spreads on social media. Follow and bookmark this link. https://goo.gl/SvY8Kr

Baguio City Mayor Mauricio Domogan is seeking a dialogue with the Bases Conversion and Development Authority (BCDA) and John Hay Management Corporation (JHMC) regarding the government’s position on the segregation of the barangays from the Camp John Hay (CJH) reservation.

The Baguio politiko wants the occupied areas of CJH reservation to be titled under the names of the qualified homelot applicants.

Domogan said the segregation has been pending for two decades already.

He said it was supposed to have been implemented during the term of former president Gloria Macapagal-Arroyo.

“We will make the appropriate representations with the BCDA and JHMC for us to schedule a dialogue to ascertain the government’s position on the matter which has been pending for over two decades now,” Domogan said.

“We will also gather the appropriate documents, including the previously approved surveys, for us to lay on the table our respective positions and come out with a definite direction to address the problems that continue to crop up on the segregation issue,” he added.