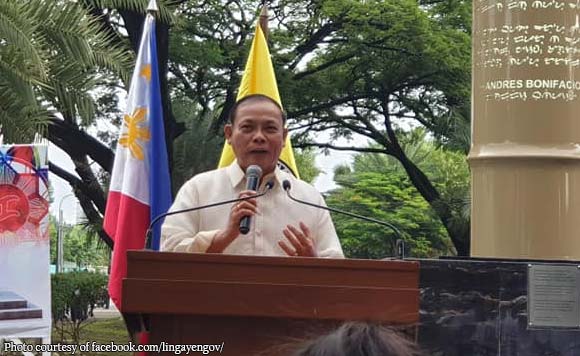 0 607
Share
Want more POLITIKO News? Get the latest newsfeed here. We publish dozens and dozens of politics-only news stories every hour. Click here to get to know more about your politiko - from trivial to crucial. it's our commitment to tell their stories. We follow your favorite POLITIKO like they are rockstars. If you are the politiko, always remember, your side is always our story. Read more. Find out more. Get the latest news here before it spreads on social media. Follow and bookmark this link. https://goo.gl/SvY8Kr

League of Municipalities of the Philippines (LMP)-Pangasinan chapter president Mayor Leopoldo Bataoil of this town is encouraging his fellow mayors in the province to extend support to the Taal Volcano eruption victims in Batangas.

“I urge my fellow mayors to do their own initiative to help the victims in Batangas. Although, I know some of them (mayors) have already extended help through LMP national,” he said in an interview Thursday.

Bataoil said LMP national has adopted some towns in Batangas to help, which were affected by the Taal Volcano’s eruption.

“LMP brought rice and canned goods in the area. Some of the mayors from different provinces donated cash to LMP for the purchase of the relief goods,” he added.

LMP national, he said, advised all municipal mayors to do relief operations in disaster-stricken areas in the country, especially in Batangas.

The Lingayen municipality has initiated the collection of voluntary donations from the residents for the victims of the volcano’s eruption.

“This is voluntary to which we encourage our constituents. This weekend, we will arrange the transfer of the first batch of donations to the affected residents in Batangas,” Bataoil said.

“We will also see the other needs of our fellow Filipinos in the area when our team gets there,” he said.

Of this number, a total of 12,877 or 52,286 persons are taking temporary shelter in 257 evacuation centers, the National Disaster Risk Reduction and Management Council said. (PNA)