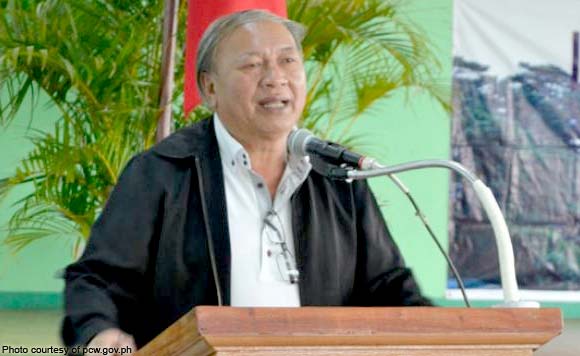 0 272
Share
Want more POLITIKO News? Get the latest newsfeed here. We publish dozens and dozens of politics-only news stories every hour. Click here to get to know more about your politiko - from trivial to crucial. it's our commitment to tell their stories. We follow your favorite POLITIKO like they are rockstars. If you are the politiko, always remember, your side is always our story. Read more. Find out more. Get the latest news here before it spreads on social media. Follow and bookmark this link. https://goo.gl/SvY8Kr

Mankayan Mayor Frenzel Ayong called on Cordillerans to support the designation of ACT-CIS Representative Eric Yap as caretaker of Benguet after the death of the late Representative Nestor Fongwan Sr.

The Benguet politiko said appointment of Yap should not be taken negatively even if the lawmaker is not Cordilleran.

Ayong explained that Yap, who belongs to a party-list with many chapters around the country, can promote Benguet better.

He also said Yap’s appointment may bolster the influx of investments and tourism arrivals in Benguet.

“We should not be too negative about the appointment of a non-Cordilleran as the province’s caretaker,” Ayong said. ”

Instead, let us seize the available opportunities that will be made possible so that development will flourish in the different parts of the province that will result to sustainable economic growth in the countryside,” she added.