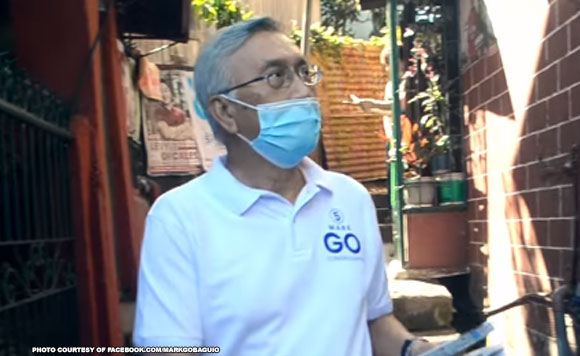 0 201
Share
Want more POLITIKO News? Get the latest newsfeed here. We publish dozens and dozens of politics-only news stories every hour. Click here to get to know more about your politiko - from trivial to crucial. it's our commitment to tell their stories. We follow your favorite POLITIKO like they are rockstars. If you are the politiko, always remember, your side is always our story. Read more. Find out more. Get the latest news here before it spreads on social media. Follow and bookmark this link. https://goo.gl/SvY8Kr

Baguio City Representative Mark Go thanked his supporters for helping him win another congressional term in 2022.

The North Luzon politiko said in a Facebook post on Tuesday, May 10, that his supporters are the “heart and spirit” of his campaign.

“Throughout the campaign period, you have been nothing but kind and generous as you graciously opened your doors and hearts to your Working Congressman and Team Go Baguio. Simula noon, hanggang ngayon, kayo po ang puso at diwa ng amin kampanya at paglilingkod sa Baguio,” said Go.

He said he plans to apply all of his learnings from the 18th Congress as he prepares for his next term under the 19th Congress.