Mark Go: Substitute bill for Department of OFWs to include inputs of all stakeholders 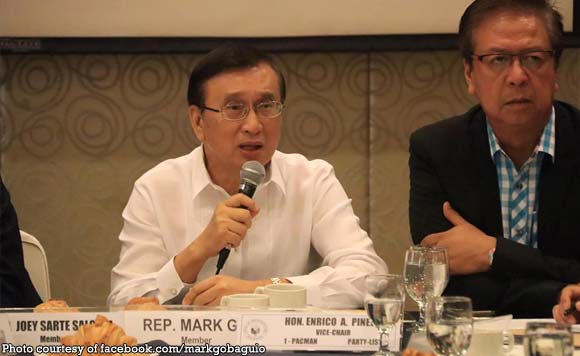 0 118
Share
Want more POLITIKO News? Get the latest newsfeed here. We publish dozens and dozens of politics-only news stories every hour. Click here to get to know more about your politiko - from trivial to crucial. it's our commitment to tell their stories. We follow your favorite POLITIKO like they are rockstars. If you are the politiko, always remember, your side is always our story. Read more. Find out more. Get the latest news here before it spreads on social media. Follow and bookmark this link. https://goo.gl/SvY8Kr

Baguio City Representative Mark Go on October 7 said the Technical Working Group for the proposed creation of the Department of Overseas Filipino Workers (OFWS) will incorporate the inputs of various stakeholders in the final substitute bill.

The Baguio politiko said the proposed measure is one of the priorities of the 18th Congress.

Go said among those present in the meeting were KABAYAN Representative Ron Salo, NEDA Secretary Ernesto Pernia, former ACTS-OFW Representative John Bertis, and officials of other government agencies as well as representatives of OFW organizations.

“This is progress. Let’s continue working together for the best interest of our OFWs, their loved ones, and the entire nation,” Go added.

Mark Go: Baguio rehab should be led by locals