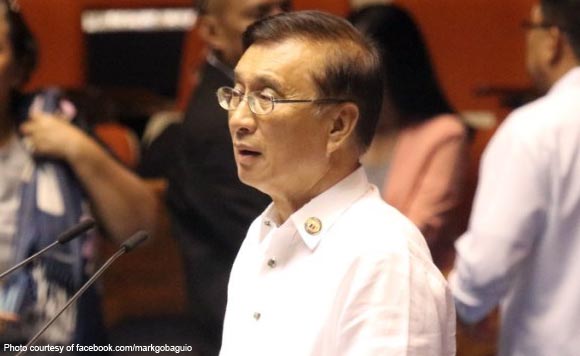 Baguio City Representative Mark Go said that he won his reelection bid with his integrity intact and principles uncompromised.

The Baguio politiko, during his oathtaking ceremony, said he had to endure a “tough” reelection campaign because of his rivals’ vicious attacks.

“The months leading to election day were tough, as I witnessed an ominous target placed at my competency, my values, and my intentions. But I knew that I had to protect our vision from the insidious attacks that tried to knock down all that we have accomplished together thus far,” Go said.

He also expressed his appreciation for his supporters for giving him confidence during the campaign.

“And as I pressed on towards re-election, every single day of campaign proved that I am not alone in this journey, that I am not aboard a personal course, but a collective quest in pursuit of progress and good governance,” Go said.

“For every malicious accusation hurled at me online or in print, an outpouring of support follows soon after, every lie made was trampled by answers of truth and encouragement. Every reassuring handshake, and every smile returned, strengthened me throughout the campaign, reminded me of the rightness of our purpose in fighting this battle, and reignited my passion for genuine public service,” he added.