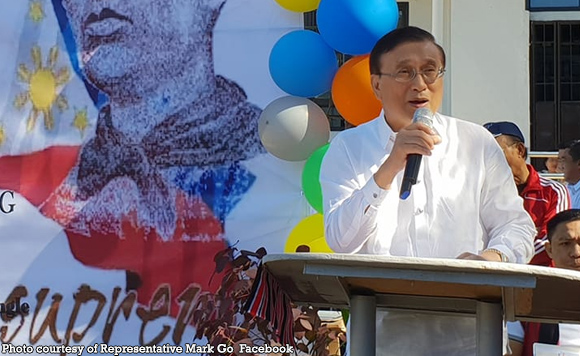 0 140
Share
Want more POLITIKO News? Get the latest newsfeed here. We publish dozens and dozens of politics-only news stories every hour. Click here to get to know more about your politiko - from trivial to crucial. it's our commitment to tell their stories. We follow your favorite POLITIKO like they are rockstars. If you are the politiko, always remember, your side is always our story. Read more. Find out more. Get the latest news here before it spreads on social media. Follow and bookmark this link. https://goo.gl/SvY8Kr

Baguio City Representative Mark Go called on residents to work together so that the Summer Capital’s land issues will finally be resolved.

Among the issues discussed were the 211 land titles, Forest Reservation Map 142, CALT 65, demolition orders, and Purok 12, Lot 3, and city housing for employees.

Go said he wants a “win-win” solution to the issues that’s why he conducted the forum.

After the forum, he said that he will form an Irisan Task Force and conduct a survey on the 211 land titles and their current status.

Go also vowed to propose measures to resolve the issues in Irisan and the 211 land titles.

He also said demolition issues will be brought to the city government for action.