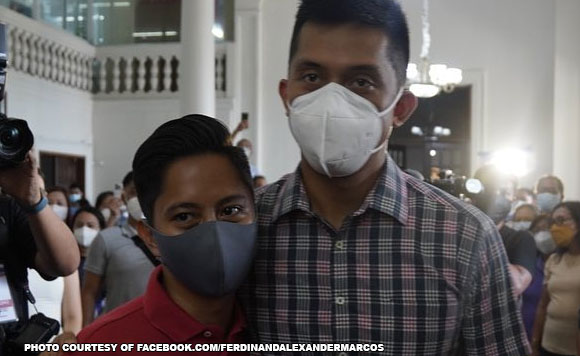 0 105
Share
Want more POLITIKO News? Get the latest newsfeed here. We publish dozens and dozens of politics-only news stories every hour. Click here to get to know more about your politiko - from trivial to crucial. it's our commitment to tell their stories. We follow your favorite POLITIKO like they are rockstars. If you are the politiko, always remember, your side is always our story. Read more. Find out more. Get the latest news here before it spreads on social media. Follow and bookmark this link. https://goo.gl/SvY8Kr

The Commission on Elections board of canvassers in Ilocos Norte has proclaimed reelectionist Matthew Manotoc, and political newcomer Sandro Marcos as the winners of the province’s polls on Tuesday, May 10.

Matthew is the nephew of presumptive president Ferdinand “Bongbong” Marcos Jr. Sandro is his eldest son.

Other members of the Marcos clan who won were Cecilia Araneta Marcos, who got a second term as vice governor of Ilocos Norte, winning a landslide number of 267,896 votes against Michael Ramones who garnered 8,254.

Eugenio Angelo Barba was also proclaimed as Batac City Mayor against the incumbent Jeffrey Jubal Nalupta by a landslide.