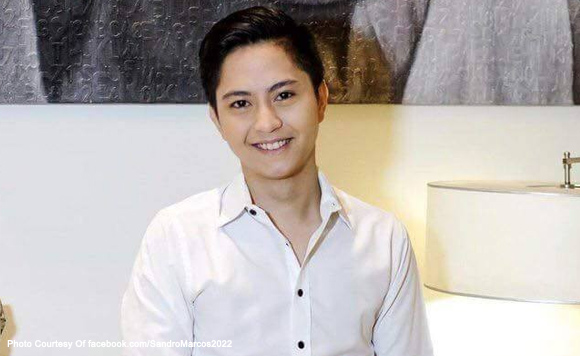 0 71
Share
Want more POLITIKO News? Get the latest newsfeed here. We publish dozens and dozens of politics-only news stories every hour. Click here to get to know more about your politiko - from trivial to crucial. it's our commitment to tell their stories. We follow your favorite POLITIKO like they are rockstars. If you are the politiko, always remember, your side is always our story. Read more. Find out more. Get the latest news here before it spreads on social media. Follow and bookmark this link. https://goo.gl/SvY8Kr

The young politiko said on Thursday, January 13, that a vote for his father should also mean a vote for Duterte.

“A woman of integrity, tenacity, and above all else, honor. Thank you VP Mayor Inday Sara Duterte for the faith you have in my father,” Marcos was quoted by News5’s Facebook page as saying.

“Let this be a clarion call to all of BBM’s supporters, that a vote for my father should also be a vote for VP Sara! Suportahan natin ang UniTeam all the way to victory,” he added.

The younger Marcos is running for Ilocos Norte 1st District congressman in the May elections.

Gov Ortega’s pandemic advice: ‘Spread the love, not the…

‘Wag awayin! Baguilat would rather convince unvaxxed to get…