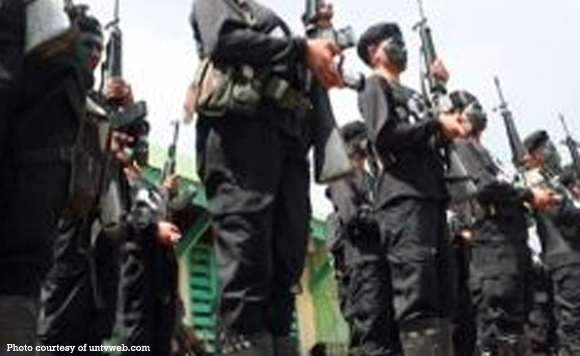 0 108
Share
Want more POLITIKO News? Get the latest newsfeed here. We publish dozens and dozens of politics-only news stories every hour. Click here to get to know more about your politiko - from trivial to crucial. it's our commitment to tell their stories. We follow your favorite POLITIKO like they are rockstars. If you are the politiko, always remember, your side is always our story. Read more. Find out more. Get the latest news here before it spreads on social media. Follow and bookmark this link. https://goo.gl/SvY8Kr

Mabini has declared the Communist Party of the Philippines-New People’s Army (CPP-NPA) as persona non grata in the town.

Mayor Ariel de Guzman said the move was in compliance with President Rodrigo Duterte’s Executive Order 70 or the “whole of nation approach” in combatting the communist insurgency.

“We don’t want the former rebels here to go back to their former ways, so we are doing our part as the local government unit (LGU),” De Guzman said.

“Solution to insurgency is not only military, it’s a social problem,” De Guzman said.

“We help them in the enhancement of their lives, so that they will not join, since one of the reasons they are encouraged to join is poverty and they are disgruntled over the national government. We improved government services to help in counter-insurgency,” he added.