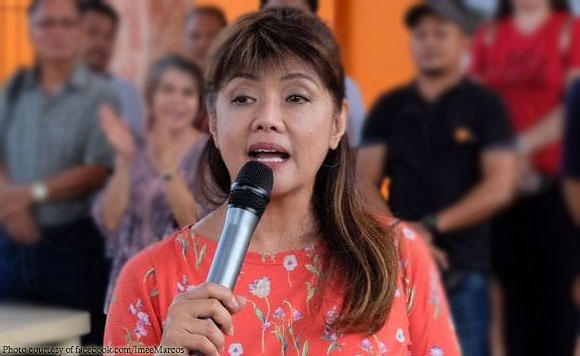 0 367
Share
Want more POLITIKO News? Get the latest newsfeed here. We publish dozens and dozens of politics-only news stories every hour. Click here to get to know more about your politiko - from trivial to crucial. it's our commitment to tell their stories. We follow your favorite POLITIKO like they are rockstars. If you are the politiko, always remember, your side is always our story. Read more. Find out more. Get the latest news here before it spreads on social media. Follow and bookmark this link. https://goo.gl/SvY8Kr

The Ilocos Norte government has backed the expansion of small-town lottery in the province by recognizing its Authorized Agent Corporations (AACs) as extension of the Philippine Charity Sweepstakes Office (PCSO).

Members of the Sangguniang Panlalawigan or Provincial Board unanimously approved on Monday Draft Provincial Resolution No. 2018-10-281, authorizing Governor Ma. Imelda Josefa “Imee” Marcos to enter into a memorandum of agreement with the PCSO for the implementation of the STL operations in the province, in support of PCSO’s mandate to generate more revenues to fund various health and charitable programs and projects.

“There is a need to authorize the governor for this purpose, to increase its share from the PCSO charity fund,” lawyer Vicentito Lazo, a provincial board member of Ilocos Norte, said.

Under the proposed memorandum of agreement, the PCSO shall allocate some amount from the charity fund in favor of the provincial government, where STL tickets are sold.

“It is understood that this share is over and above the other assistance that the provincial government may be entitled to receive, such as ambulance, medical and hospital equipment, and endowment funds to hospital and charitable institutions usually being given by PCSO nationwide, as well as assistance for its medical or health-related outreach programs,” Ilocos Norte’s policy-making body said in a three-page document, expected to be signed by the two parties soon.

PCSO’s conduct of STL follows standard procedures that are transparent and open to the public.

The selection of STL Authorized Agent Corporations (AACs) follows a strict process, laid out in the 2016 revised STL Implementing Rules and Regulations, as published in the official website of the charitable agency (www.pcso.gov.ph).

For the STL expansion, an STL Task Force, composed of the Office of the Executive Secretary, Department of Justice, Department of Finance , Department of the Interior and Local Government, and PCSO, was created to ensure that the objectives of the game, which include higher tax collection and employment creation, among others, are attained.

The Philippine National Police continues to operate against illegal gambling in the country and have arrested a total of 7,254 persons and confiscated more than P3 million in 2017. (PNA)