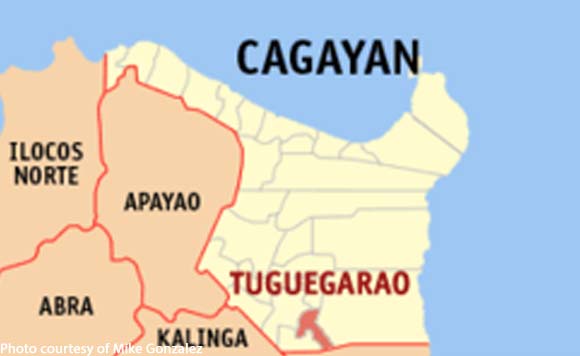 The city government of Tuguegarao has admitted that “bottlenecks” and “gaps” have caused unwanted delays in the implementation of its local projects.

Among the key programs, projects and activities stalled were those under Bottom-Up Budgeting from the trade department, and the construction of several classrooms, city hall improvements and slope protection of the Pinacanauan River.

In 2016, the city entered into a memorandum of agreement with the Department of Trade and Industry for the implementation of several approved programs including the development of the local cacao industry, support for shared service facilities and “Yaman Pinoy”, a community-based livelihood program.

To that effect, the city was granted P2.51 million, of which only P1.53 million was disbursed by the end of the year, according to the Commission on Audit (COA).

State auditors pointed out that the programs should’ve been completed by August 2017, except for Yaman Pinoy, due to be completed by May 2018.

“It was also observed that none of the programs have been fully implemented. Moreover, some of the identified activities were not yet implemented as evidenced by the zero disbursement related to the program activity,” COA said in its 2018 annual audit report.

The city government of Tuguegarao, as stated in the report, stated that the partner organization for one of the programs is no longer active, hence the need to identify new beneficiaries, which requires additional time for screening.

State auditors also flagged several infrastructure projects which were not completed on their target dates, depriving the city’s constituents, particularly students, of their benefits. 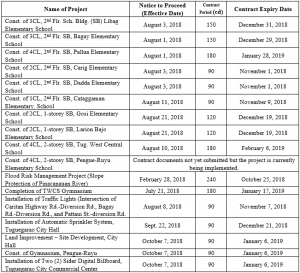 Source: 2018 Annual Audit Report on the City of Tuguegarao

According to audit records, classroom construction projects in 10 schools were delayed due to the failure of the city government to act immediately after the receipt of the notices to proceed.

COA recommended that the city government fast track the implementation of its programmed projects to ensure that its constituents are not shortchanged on their taxes.