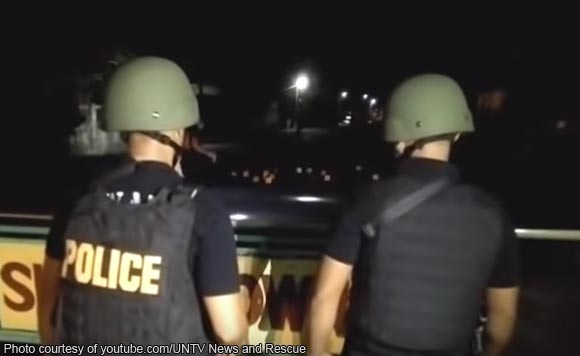 0 346
Share
Want more POLITIKO News? Get the latest newsfeed here. We publish dozens and dozens of politics-only news stories every hour. Click here to get to know more about your politiko - from trivial to crucial. it's our commitment to tell their stories. We follow your favorite POLITIKO like they are rockstars. If you are the politiko, always remember, your side is always our story. Read more. Find out more. Get the latest news here before it spreads on social media. Follow and bookmark this link. https://goo.gl/SvY8Kr

MANILA — Department of the Interior and Local Government (DILG) officer-in-charge Secretary Eduardo Año will recommend the inclusion of the province of La Union on the list of election hotspots for next year’s mid-term polls.

Año made the recommendation after the recent ambush of Mayor Alexander Buquing of Sudipen, his driver, and his bodyguard last Monday.

“So we have to wait for the assessment of the Commission on Elections (Comelec), PNP (Philippine National Police), AFP (Armed Forces of the Philippines) and we will address it through deployment of additional security forces,” Año told reporters on Wednesday.

Police said the suspects have been identified and charged with criminal cases for these violent attacks.

The NITG, headed by Directorate for Investigation and Detective Management (DIDM), is the highest PNP body for national level coordination of all investigative efforts by PNP units looking into violent attacks committed on local officials.

The DIDM bared that there are still five killings under investigation, including the recent ambush of Buquing.