La Union is ‘surfing capital of the North’ 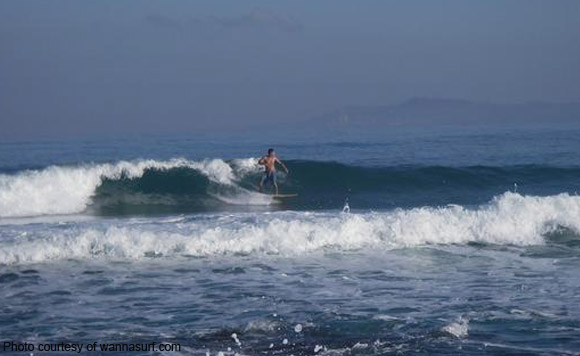 0 274
Share
Want more POLITIKO News? Get the latest newsfeed here. We publish dozens and dozens of politics-only news stories every hour. Click here to get to know more about your politiko - from trivial to crucial. it's our commitment to tell their stories. We follow your favorite POLITIKO like they are rockstars. If you are the politiko, always remember, your side is always our story. Read more. Find out more. Get the latest news here before it spreads on social media. Follow and bookmark this link. https://goo.gl/SvY8Kr

The House of Representatives has approved on third and final reading a bill declaring the province of La Union a tourist destination and the “Surfing Capital of the North.”

The House transmitted House Bill 6683 to the Senate for its concurrence after its passage before Congress went on recess last month.

Authoted by ABONO partylist Rep. Vini Nola Ortega, the bill states that the La Union town of San Juan attracts thousands of tourists every year during its two surfing seasons: July to October and November to March every year.

The local government also holds events, festivals, and even healthy competitions during the surfing seasons, according to Ortega.

Ortega said the proposal “aims not only to showcase the beauty and splendor of La Union’s beaches but to encourage sports, health awareness and true appreciation of nature, the environment, and the importance of its continued upkeep and development, among locals and tourists.”

Under HB 6683, the Department of Tourism (DOT) and other concerned agencies shall develop La Union as a tourist destination.

Within one year after the approval of the Act, the DOT, in coordination with the Department of Public Works and Highways (DPWH), the Department of Environment and Natural Resources (DENR), and other concerned agencies, shall prepare a tourism development plan involving the construction, installation and maintenance of such appropriate facilities and infrastructure that shall develop and promote the beaches and surfing activities of the province.

The tourism development plan shall also ensure the accessibility and security of tourists.

The bill provides that the DOT and other concerned agencies implement the development plan, incorporate it in its annual tourism development programs, and include its funding in the annual General Appropriations Act (GAA) and from internally-generated funds of the DOT.