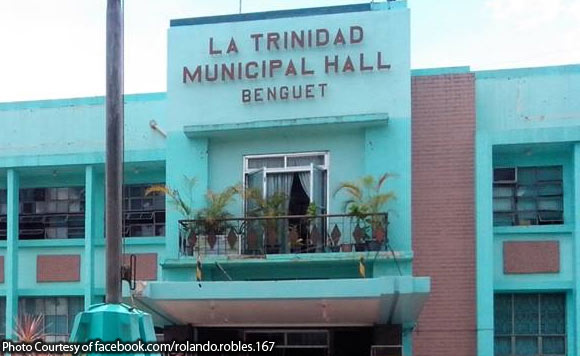 0 145
Share
Want more POLITIKO News? Get the latest newsfeed here. We publish dozens and dozens of politics-only news stories every hour. Click here to get to know more about your politiko - from trivial to crucial. it's our commitment to tell their stories. We follow your favorite POLITIKO like they are rockstars. If you are the politiko, always remember, your side is always our story. Read more. Find out more. Get the latest news here before it spreads on social media. Follow and bookmark this link. https://goo.gl/SvY8Kr

Some La Trinidad councilors are calling on President Rodrigo Duterte to include the town in the national government’s anti-communism program.

The Benguet politikos said members of the New People’s Army (NPA) and the Cordillera People’s Liberation Army (CPLA) have been reported in the town.

“Particularly at Sitio Talinguroy of Barangay Wangal, there were sightings of the NPA and CPLA, the said sitio being adjacent to the municipality of Sablan where they can pass through without being easily noticed and can reach the municipalities of Burgos and Bagulin of the province of La Union,” the resolution stated.

“Some activities of the CPLA including meetings were conducted in the municipality of La Trinidad.In fact, not too long ago when advocacy on federalism was pushed, old members of the CPLA regrouped and held some meetings in a proposed subdivision in Barangay Poblacion,” it added.