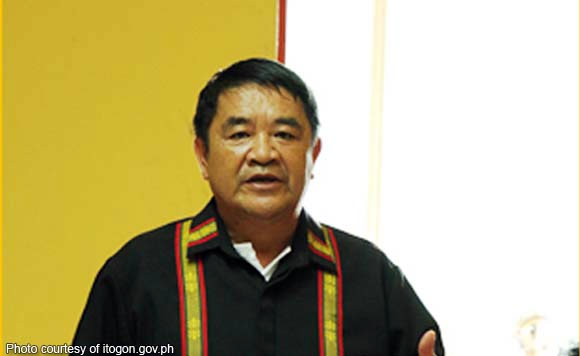 The town government of Itogon in this highland province has asked mining firm Benguet Corporation to help find a relocation site for the displaced residents of Barangay Ucab, where at least 50 people were believed to have been buried in a landslide at the height of Typhoon “Ompong” (Mangkhut) over the weekend.

The affected residents are now staying at Alejo M. Pacalso Memorial National High School as a temporary evacuation site. Town officials said the school must be vacated by Monday next week when classes resume.

In a press briefing on Thursday, Itogon Mayor Victorio Palangdan said a total of 418 evacuees were still at the school.

He said the evacuees would have to be relocated soon to allow school authorities to prepare the facility.

Palangdan said the local government would ask Benguet Corp. for a dialogue to settle the problem.

“Our focus now is the safety and the welfare of our constituents. Let us set aside our issues. I am appealing to the Benguet Corporation to have a dialogue and discuss the possible relocation areas,” he said.

“The problem now is 18 evacuees have already confirmed that they will be returning to Ifugao. Now the remaining 400, we do not know where to put them,” Palangdan said.

The mayor said makeshift shelters can be donated for the evacuees’ relocation, but the problem lies on where these can be put up.

He said many of the evacuees want to return to their houses in Ucab near the landslide area, which, however, is still off-limits and subject to inspection by the environment department’s Mines and Geosciences Bureau (MGB).

Palangdan lamented that there were no areas safe enough for a relocation site. But with Benguet Corp. owning a large portion of the town, he said the mining firm could help identify possible areas, where tent-houses can be temporarily erected for the evacuees.

He said the town government was coordinating with government agencies like the Housing Land Use and Regulatory Board and the National Housing Authority for possible available areas for the temporary relocation of evacuees.

He said evacuees from previous calamities in the town have yet to to be relocated, as the areas where they had been transferred were declared unsafe by authorities. (PNA)