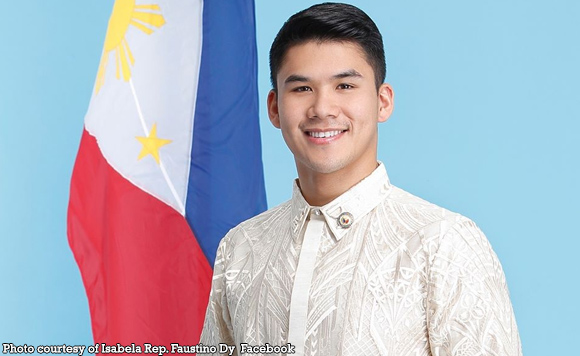 “Sana all––sana all the time it’s Christmas for our barangay workers.”

This was Isabela Rep. Faustino Dy V’s response to news that President Rodrigo Duterte has approved a P3,000 bonus for barangay officials this Christmas, which was relayed by Senator Bong Go during the signing ceremony of Republic Act 11462, which moves the barangay elections to December 5, 2022.

Dy, a principal author of the measure in Congress, said barangay officials all over the country were overjoyed when they learned that the President had approved the release of the Christmas incentive.

“Barangay leaders know they can count on the President’s support, and that is clearly reflected in the immediate postponement of the barangay polls and now this Christmas bonus,” said Dy, a former president of the Liga ng mga Barangay.

“These developments make them optimistic with regard to the passage of measures that will provide them with decent, regular wages and benefits like GSIS coverage,” he said.

Dy is the author of House Bill (HB) No. 4324, or the Magna Carta for Barangays, and HB No. 2298, An Act Amending Republic Act No. 8291, Also Known as the GSIS Act of 1997, Expanding the Membership and Benefits of the Government Insurance System to Cover Barangay Officials.

According to Dy, “it is time to treat barangay workers like full-time government employees because work in the barangay is a 24/7 job with no set hours.”

“The least we can do is compensate them properly for their services, and to provide them the peace of mind that comes with GSIS coverage.”