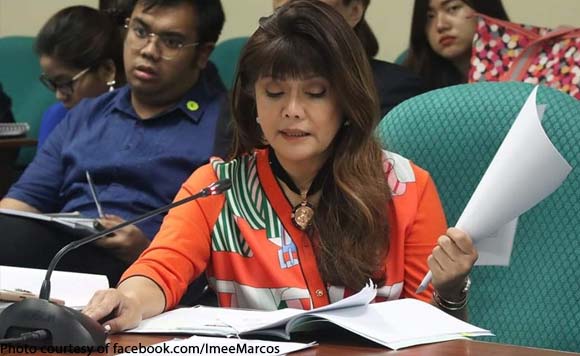 0 337
Share
Want more POLITIKO News? Get the latest newsfeed here. We publish dozens and dozens of politics-only news stories every hour. Click here to get to know more about your politiko - from trivial to crucial. it's our commitment to tell their stories. We follow your favorite POLITIKO like they are rockstars. If you are the politiko, always remember, your side is always our story. Read more. Find out more. Get the latest news here before it spreads on social media. Follow and bookmark this link. https://goo.gl/SvY8Kr

The Ilocos Norte politiko was referring to what she called “dagdag-bawas” in the allotment of drivers to motorcycle ride-hailing companies.

She also there was no proper consultation on the driver allotment because the DOTR Technical Working Group shut out lawmakers from meetings held in November to December, even if the pilot test’s final goal is to aid legislation.

Marcos said it is Congress that should be tackling the bills on ride-hailing companies.