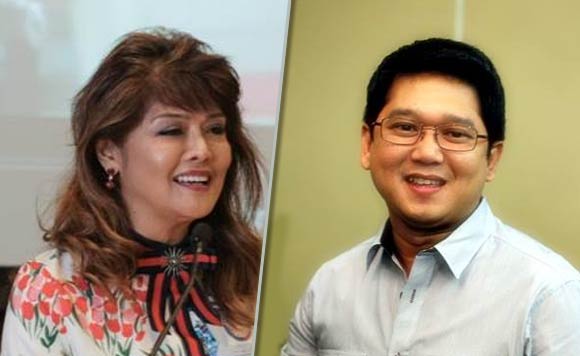 0 522
Share
Want more POLITIKO News? Get the latest newsfeed here. We publish dozens and dozens of politics-only news stories every hour. Click here to get to know more about your politiko - from trivial to crucial. it's our commitment to tell their stories. We follow your favorite POLITIKO like they are rockstars. If you are the politiko, always remember, your side is always our story. Read more. Find out more. Get the latest news here before it spreads on social media. Follow and bookmark this link. https://goo.gl/SvY8Kr

The Ilocos Norte government is partnering with the Juliana market in Balintawak, Quezon City as an additional outlet for the province’s local produce.

To formalize the agreement, members of the Sangguniang Panlalawigan of Ilocos Norte approved on Monday a resolution authorizing Governor Ma. Imelda Marcos to enter into a memorandum of understanding with Juliana market for the establishment of a Pasalubong and trade center in the city.

To boost the Producers-to-Consumers program of the provincial government, local farmers and entrepreneurs here are given the chance to earn more from their produce by providing them a direct link with customers outside the province.

In 2017, the Ilocos Norte government partnered with the Quezon City government, allowing farm producers and small and medium-scale enterprises (SMEs) from the province to sell their products at the Quezon City Hall at least twice a month.

Last June 24, the memorandum of agreement was renewed again for another year.

Following its success, the management of Juliana market also expressed the same interest in trying the program.

Edison Natividad, Officer-in-Charge of the Small and Medium Enterprises Office under the provincial government said Monday there was an increasing number of SMEs interested in bringing their products to Metro Manila.

The SMEs have agreed to take turns in bringing their products to Quezon City using a transportation service courtesy of the provincial government. (Philippine News Agency)