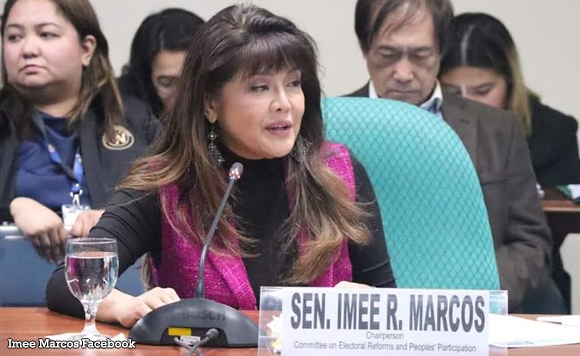 Senator Imee Marcos urged the government to brace itself for the possible surge of coronavirus cases due to the upcoming fiestas across provinces.

The Ilocano politiko said in a Facebook post on Monday, January 11, that runaway infection rate should be the primary concern of President Rodrigo Duterte’s government, which is currently preoccupied by its race to procure enough COVID-19 vaccines for all Filipinos.

“Mass vaccination is still months away and EUAs (emergency use approvals) are still pending. The first order of battle should be to prevent a runaway infection rate due to forthcoming fiestas and reduced hospital capacities amid staffing changes taking place in January,” said Marcos.

The senator said after the Feast of the Black Nazarene last weekend, the other fiestas slated in the coming weeks include the Ati-Atihan in Aklan, Dinagyang in Iloilo, Sinulog in Cebu, and Panagbenga in Baguio City.

Marcos then said more medical frontliners should be hired to prepare for the possible surge.

Sana all! Gov Manotoc takes GF Jamie Herrell on a data at…