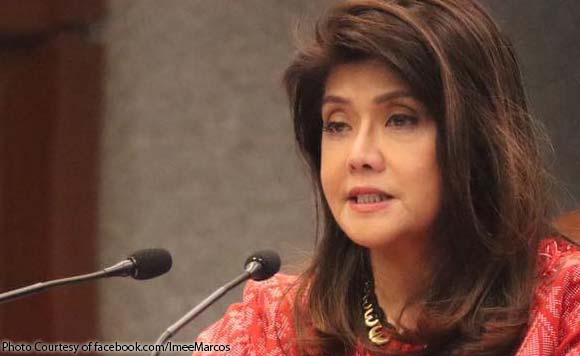 0 10
Share
Want more POLITIKO News? Get the latest newsfeed here. We publish dozens and dozens of politics-only news stories every hour. Click here to get to know more about your politiko - from trivial to crucial. it's our commitment to tell their stories. We follow your favorite POLITIKO like they are rockstars. If you are the politiko, always remember, your side is always our story. Read more. Find out more. Get the latest news here before it spreads on social media. Follow and bookmark this link. https://goo.gl/SvY8Kr

Senator Imee Marcos warned the Department of Agriculture’s (DA) that increasing pork imports may severely hurt the local industry in the Philippines.

The Ilocano politiko issued the warning in a Facebook post on Sunday, February 1, opposing the DA’s plan to raise the minimum access volume of pork imports by s much as three times the present 54,000 metric tons.

“The DA may be overcompensating in its rush to increase imports to reduce consumer prices. It may deal the coup de grace to our pork industry before Vietnam could release a vaccine against African swine fever later this year,” said Marcos.