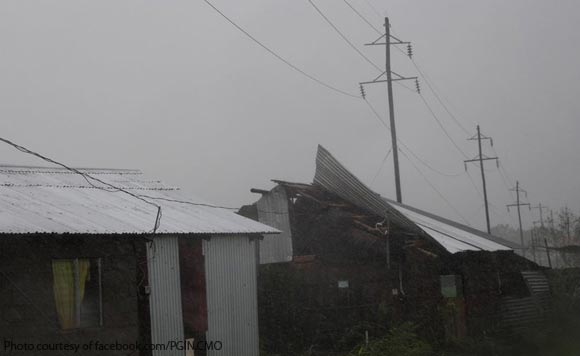 Governor Ma. Imelda Josefa “Imee” Marcos on Sunday called on the National Housing Authority to provide a special fund for some Ilocano families whose houses were blown away during the onslaught of Typhoon Ompong.

“Ompong’s” wrath in this part of the country on Saturday displaced thousands of families, smashing their homes and damaging their major sources of livelihood — farming.

Except for an elderly woman from Sungadan village, who reportedly died of a heart attack at the height of the typhoon on Friday night, no one was directly hit by the typhoon and damages to livestock has been minimal, reported the Provincial Disaster Risk Reduction and Management Council (PDRRMC).

The council attributed this to the preemptive evacuation and liquor ban in all parts of the province two days before “Ompong” made landfall in Baggao, Cagayan province before 2 a.m. on Saturday.

According to the Philippine Atmospheric, Geophysical and Astronomical Services Administration (PAGASA), “Ompong” is the strongest typhoon to hit the country so far this year.