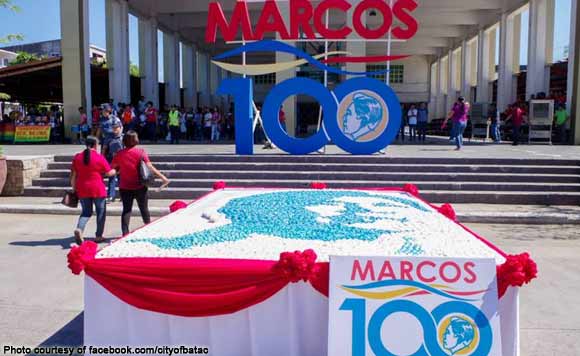 0 424
Share
Want more POLITIKO News? Get the latest newsfeed here. We publish dozens and dozens of politics-only news stories every hour. Click here to get to know more about your politiko - from trivial to crucial. it's our commitment to tell their stories. We follow your favorite POLITIKO like they are rockstars. If you are the politiko, always remember, your side is always our story. Read more. Find out more. Get the latest news here before it spreads on social media. Follow and bookmark this link. https://goo.gl/SvY8Kr

Villarin said he “puked” on the invitation.

“Yes I did get an invite and puked on it! With President Duterte’s blessings and absolution of their sins, including his push for their immunity from prosecution, the Marcoses are enjoying their heyday since they were booted out by people power. While Duterte and Marcos party in the Libingan, the blood of thousands killed by both of them cry out for justice! The day of reckoning will come and history will judge harshly those who kill the truth and our own humanity,” VIllarin said.

“” think it’s the height of the lack of shame for the Marcos family to celebrate the 100th birth anniversary of the late president in the LNMB which was desecrated by his very interment in that memorial park,” he said.

Part of the invitation reads: “Honorable Imelda Romualdez Marcos, her children and grandchidlren request the honor of your presence in the commemoration of the 100th Birth Anniversary of President Ferdinand Edralin Marcos on September 11, 2017. A mass will be held at 9:30 in the morning at the Libingan ng mga Bayani, Bayani Road, Taguig City. to be followed by a short program and lunch.”