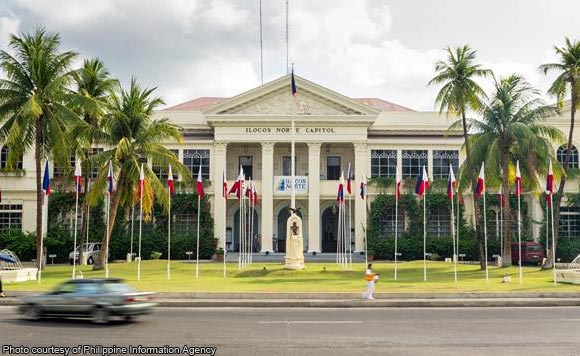 0 345
Share
Want more POLITIKO News? Get the latest newsfeed here. We publish dozens and dozens of politics-only news stories every hour. Click here to get to know more about your politiko - from trivial to crucial. it's our commitment to tell their stories. We follow your favorite POLITIKO like they are rockstars. If you are the politiko, always remember, your side is always our story. Read more. Find out more. Get the latest news here before it spreads on social media. Follow and bookmark this link. https://goo.gl/SvY8Kr

The province, represented by Governor Ma. Imelda Josefa ‘Imee’ Marcos, will be signing a memorandum of agreement with the Department of the Interior and Local Government (DILG) Region 1 for the construction of a halfway house for former New People’s Army (NPA) rebels anytime soon.

According to Provincial Board Member Ramon Gaoat, chair of the committee on social welfare, Ilocos Norte has been chosen as site of the facility, which will serve as a temporary shelter for rebel-surrenderers.

In a special session conducted on Friday afternoon, the Sangguniang Panlalawigan passed a resolution authorizing the governor to enter into a MOA with the DILG for the establishment of the project.

Gaoat said the specific location of the halfway facility is still being assessed.

Under a memorandum circular of the DILG, local government units are mandated to provide social services to former rebels willing to go back to mainstream society.

The halfway house serves as the processing center for them while they undergo rehabilitation and healing sessions.

Various skills training, livelihood assistance and scholarship grants will also be given to them and their immediate family members as part of the government’s efforts to end insurgency movement in the country. (PNA)