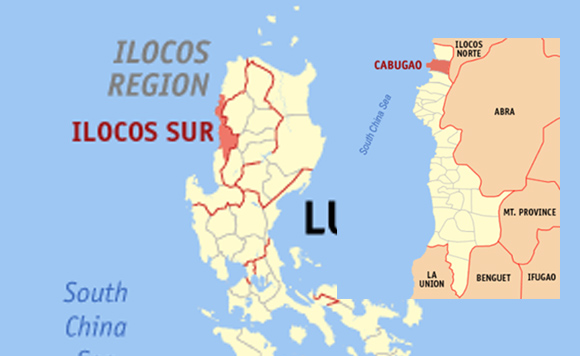 0 466
Share
Want more POLITIKO News? Get the latest newsfeed here. We publish dozens and dozens of politics-only news stories every hour. Click here to get to know more about your politiko - from trivial to crucial. it's our commitment to tell their stories. We follow your favorite POLITIKO like they are rockstars. If you are the politiko, always remember, your side is always our story. Read more. Find out more. Get the latest news here before it spreads on social media. Follow and bookmark this link. https://goo.gl/SvY8Kr

A regional trial court in Cabugao, Ilocos Sur recently has ordered the arrest of two medical doctors after being charged with serious illegal detention.

Cabugao RTC Branch 24 Presiding Judge Homer Jay Ragonian last October 25 issued a warrant of arrest against Doctors Jemaima Tan-Yee and Johann Ten-Yee in connection with the alleged illegal detention of a psychiatric patient for more than six years who failed to settle his hospital bill.

Based on the complaint filed by Nora Guillermo, her son Aivon was illegally detained by the said doctors at the Tan-Yee Therapeutic Home Care Psychiatric and Rehabilitation Center in Cabugao since January 3, 2013 due to their hospital debt amounting to P294,168.00.

Court documents showed that the Guillermos first went to the said private therapeutic home care facility in March 2012 after Aivon was diagnosed with symptoms of “brief psychotic disorder.”

By September 2012, Mrs. Guillermo said she was advised by the owners of the said medical facility that Aivon can finally leave the hospital as his condition improves but they need to settle first the hospital fees that ballooned to almost P300,000.

The two doctors have refused to release the younger Guillermo since his mother was only able to pay a portion of their debt—about P46,000.

“Despite the partial payment, Aivon was not releaser from the Rehabilitation Center,” Judge Ragonioan’s resolution read.

According Mrs. Guillermo, Aivon was forced to work at the hospital owned by the Tan-Yees for more than six years so that he can pay the remaining balance in his debt.

The elder Guillermo stressed that her son was only given a month salary of P2,500—P2,000 is being deducted every month for the next six years to make up his remaining balance in the hospital.

Aivon only received P500 monthly according to Mrs. Guillermo which was used to purchase his medicines.

Aivon was only released last March 29, following a resolution that indicted the Tan-Yee doctors for serious illegal detention.

The two doctors remain at large up to now. Serious illegal detention is a non-bailable offense.