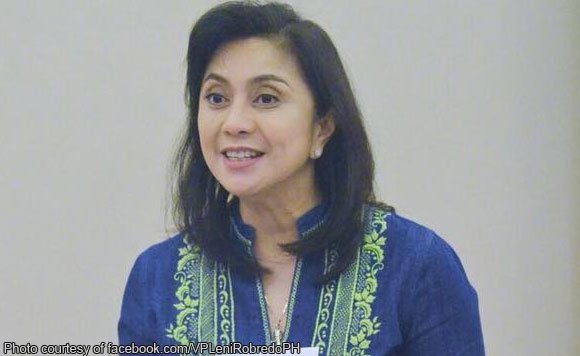 Former senator Bongbong Marcos’ lawyer Vic Rodriguez, in a statement on February 13, dared the camp of Vice President Leni Robredo to produce “any briefing” by the Commission on Elections (Comelec) on the presence of “questionable” squares on ballot images.

The Ilocos Norte politiko earlier claimed the presence of the squares are proof that cheating happened during the 2016 polls.

Robredo’s lawyer Romulo Macalintal earlier said the Comelec briefed all political parties on the new features of the ballot prior to the 2016 elections.

“I dare him now to produce any briefing made by the Comelec on the presence of the squares because I have yet to meet anyone – be it a political party or candidate or Information Technology expert – who had ever been informed of the existence of squares on the ballot images. Either Atty. Macalintal is just being consistently untrue or he had a special briefing from Comelec exclusively for the then ruling Liberal Party,” Rodriguez said.

Rodriguez said Robredo is “schooled in the art of deception.”

“Let me remind him that when Senator Marcos first came out and presented the squares in the ballot images, he discredited it and claimed that those were fraudulent, tampered and manipulated pieces of evidence,” he said.

“This is nothing but another vain attempt of Mrs. Robredo to explain the presence of boxes on the ballot images instead of the circles. The people deserve nothing but a credible and authentic reason why the squares, instead of the original circles, are there,” Rodriguez added.