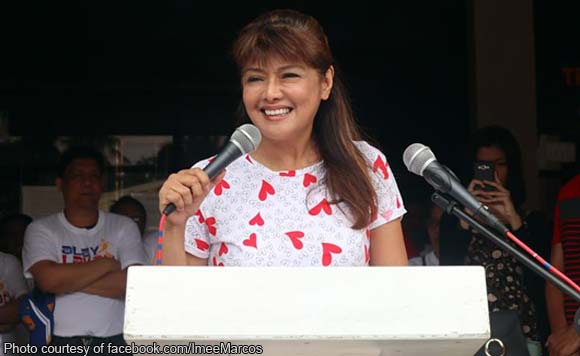 The Ilocos Norte politiko said that despite the International Rice Research Institute (IRRI) producing high-yielding rice strains, these were not distributed to many farmers.

Marcos said the Ilocos Norte provincial government had to directly support its farmers.

“This is why we poured local government support to farmers in Ilocos Norte, including the needed infrastructure,” she said.

“We buy rice directly from the farms at the right price and sell them at the same price in our Kadiwa stores,” Marcos added.

“If the Ilocos Norte provincial government can do it, we can do it in other provinces as well. Let’s make agriculture great again!” Marcos said.