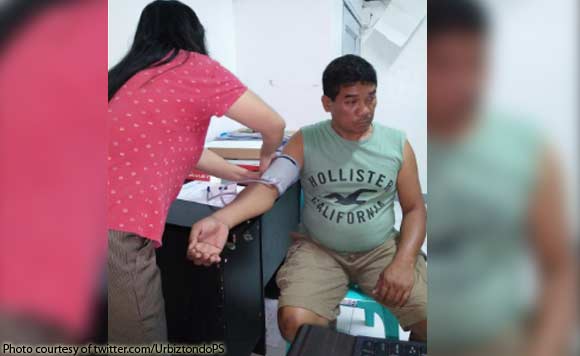 0 330
Share
Want more POLITIKO News? Get the latest newsfeed here. We publish dozens and dozens of politics-only news stories every hour. Click here to get to know more about your politiko - from trivial to crucial. it's our commitment to tell their stories. We follow your favorite POLITIKO like they are rockstars. If you are the politiko, always remember, your side is always our story. Read more. Find out more. Get the latest news here before it spreads on social media. Follow and bookmark this link. https://goo.gl/SvY8Kr

Ronnie Dayan, the former driver and lover of ex-Justice Secretary and now Sen. Leila De Lima, was arrested by operatives of the Urbiztondo police nighttime of February 23.

This was revealed by Urbiztondo police head Chief Insp. Joshua Maximo who said the former was arrested around 7 p.m.

Dayan was nabbed at his home in Barangay Galarin based on the arrest warrant, which the police received through e-mail issued by the Muntinlupa City Regional Trial Court Branch 204.

De Lima and Dayan were charged before the court for their alleged involvement in illegal drugs trade.

Dayan went with the police willingly and reportedly said to the arresting policemen “this was expected”. Not one of his relatives was with him.

He also declined to answer questions fielded by media practitioners, saying he could not do so without a counsel.