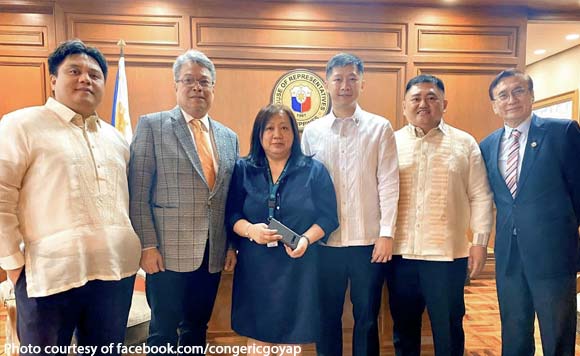 0 218
Share
Want more POLITIKO News? Get the latest newsfeed here. We publish dozens and dozens of politics-only news stories every hour. Click here to get to know more about your politiko - from trivial to crucial. it's our commitment to tell their stories. We follow your favorite POLITIKO like they are rockstars. If you are the politiko, always remember, your side is always our story. Read more. Find out more. Get the latest news here before it spreads on social media. Follow and bookmark this link. https://goo.gl/SvY8Kr

A non-Cordilleran has been appointed as caretaker of Benguet.

But Republic Act No. 6645 mandates that a special election should be conducted for a new lawmaker should a district representative’s seat becomes vacant a year or more before the term ends.

Benguet residents are dismayed with the appointment.

But Benguet Governor Melchor Diclas said he is willing to give Yap a chance.

“We hope and pray that he will represent well the province and give what is best for the people of Benguet,” Waguis said.

“We maintain however our plea that a special election is held. We hope it will be acted upon by the House of Representatives,” he added.