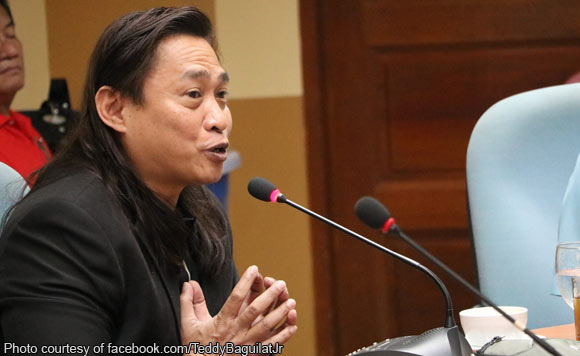 Ifugao Rep. Teddy Baguilat Jr. is not convinced about the results of a recent Social Weather Stations poll showing that more Filipinos think President Rodrigo Duterte is a better president than his predecessor, Benigno Aquino III.

“History will judge him (Aquino) better I’m sure,” the Magnificent 7 lawmaker told reporters when asked to comment on the survey.

“Duterte might eventually surpass PnOy’s historical average trust ratings over the course of his term. But what’s more important is not popularity but whether that high trust ratings would translate into strong legacies,” Baguilat said.

The Liberal Party member admitted that “at this juncture of our history, President Rodrigo Duterte is at the zenith of his popularity.”

On the other hand, Aquino still managed to achieve the highest averaging trust ratings of any President “despite several controversies in his term such as Mamasapano, PDAF and DAP imbroglio.”

According to the SWS survey, a majority of Filipinos believe Duterte is better than Aquino.

The poll conducted from Dec. 8, 2017 to Dec. 16, 2017 showed that 70 percent of the respondents believe Duterte has performed better than Aquino and only eight percent said Aquino was better than Duterte.

Twenty-two percent said the performances of the two leaders were just the same.