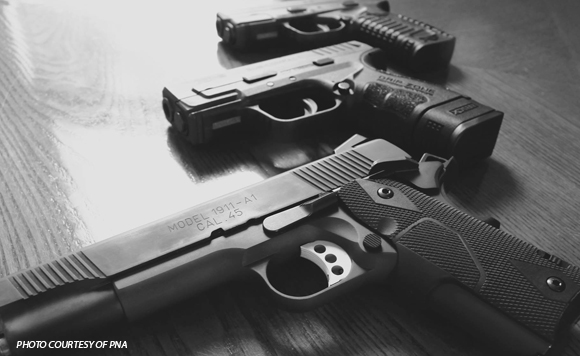 0 102
Share
Want more POLITIKO News? Get the latest newsfeed here. We publish dozens and dozens of politics-only news stories every hour. Click here to get to know more about your politiko - from trivial to crucial. it's our commitment to tell their stories. We follow your favorite POLITIKO like they are rockstars. If you are the politiko, always remember, your side is always our story. Read more. Find out more. Get the latest news here before it spreads on social media. Follow and bookmark this link. https://goo.gl/SvY8Kr

An arms cache believed to be owned by a communist rebel group was discovered and seized by the local military in Santiago, Ilocos Sur.

According to the AFP, an M16 rifle, eight magazines (5-long and 3-short), 140 rounds of 5.56mm ammunition, and a bandolier were retrieved from the location.

“A former leader of the terror group Weakened Guerilla Front Ampis which operates in the areas of Abra, Mountain Province and Ilocos Sur tipped the troops of the whereabouts of the said arms cache,” Lt. Gen. Ernesto Torres Jr., Nolcom commander reported.