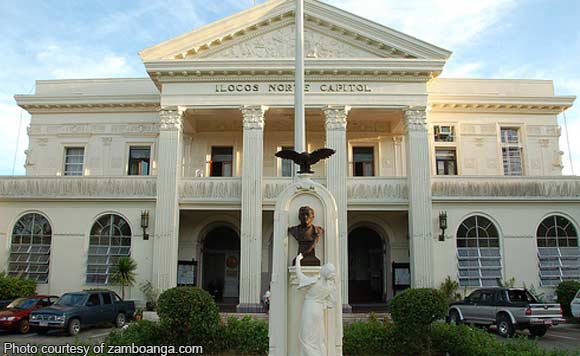 0 474
Share
Want more POLITIKO News? Get the latest newsfeed here. We publish dozens and dozens of politics-only news stories every hour. Click here to get to know more about your politiko - from trivial to crucial. it's our commitment to tell their stories. We follow your favorite POLITIKO like they are rockstars. If you are the politiko, always remember, your side is always our story. Read more. Find out more. Get the latest news here before it spreads on social media. Follow and bookmark this link. https://goo.gl/SvY8Kr

Conducted by the Mariano Marcos State University (MMSU), the CSIS is a tool designed by the Department of the Interior and Local Government (DILG) to measure the people’s satisfaction with the LGU on eight basic services — health; education; governance and response; infrastructure and public works; social services; environment; tourism; and agriculture.

Giving the LGU an overall satisfaction rating of 92 percent, Paoay residents expressed full satisfaction with the basic services rendered to them by the municipal government.

Survey experts from the MMSU clarified that the CSIS is not a competition for LGUs but a yardstick to measure the pulse of the citizenry on the delivery and quality of services rendered by the local government.

As a 2017 national awardee of the Seal of Good Local Governance Award from the DILG, Paoay was included in the CSIS program identified by the national competitiveness council.

First-term Mayor Jessie Galano on Friday thanked the DILG and the team from MMSU for conducting the research, which will serve as their basis in improving the delivery of government services to the people.

He also expressed gratitude to his constituents for their cooperation in helping the municipality achieve its mission and vision to become a progressive town.

The DILG, in cooperation with MMSU, presented the results of the survey on Thursday. (PNA)