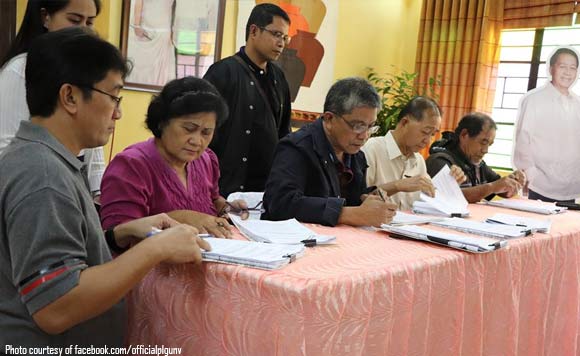 0 222
Share
Want more POLITIKO News? Get the latest newsfeed here. We publish dozens and dozens of politics-only news stories every hour. Click here to get to know more about your politiko - from trivial to crucial. it's our commitment to tell their stories. We follow your favorite POLITIKO like they are rockstars. If you are the politiko, always remember, your side is always our story. Read more. Find out more. Get the latest news here before it spreads on social media. Follow and bookmark this link. https://goo.gl/SvY8Kr

Nueva Vizcaya Governor Carlos Padilla on January 12 signed a Memorandum of Agreement with the National Irrigation Agency (NIA) for the implementation of the “Balikatan Sagip Patubig” Program (BSPP).

The BSPP is a Department of Agriculture (DA)-led irrigation program in which there will be cost-sharing among irrigators’ associations, local government units, and the national government.

At least eight communal irrigation systems (CIS) in Nueva Vizcaya are set to benefit from the BSPP.

The BSPP has a P100-million fund for the rehabilitation and development of communal irrigation systems.#