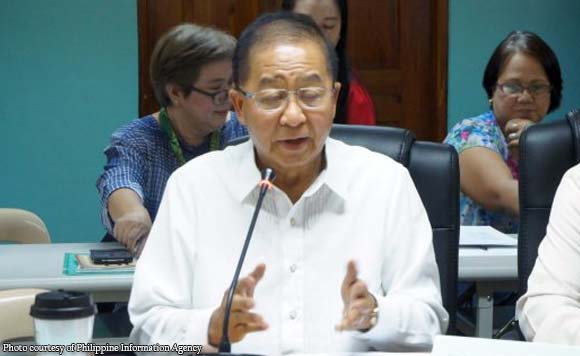 0 322
Share
Want more POLITIKO News? Get the latest newsfeed here. We publish dozens and dozens of politics-only news stories every hour. Click here to get to know more about your politiko - from trivial to crucial. it's our commitment to tell their stories. We follow your favorite POLITIKO like they are rockstars. If you are the politiko, always remember, your side is always our story. Read more. Find out more. Get the latest news here before it spreads on social media. Follow and bookmark this link. https://goo.gl/SvY8Kr

Nueva Vizcaya Governor Carlos Padilla said that a “win-win” solution on the five-year court battle between the provincial government and 49 dismissed employees will be reached soon.

The Nueva Vizcaya politiko made the remark following a Supreme Court ruling upholding the dismissal of the provincial workers hired by former governor Lusia Cuaresma.

Padilla said the provincial government has corrected “a wrong-doing which resulted in the promotion of employees without the backing of a legitimate provincial budget to pay for their salaries.”

“Political retribution was never the intention in the first place. It is a fact that most of the affected employees remained connected with the provincial government under my watch,” he explained.

After Padilla won in 2016, he urged the dismissed workers to go back to their former positions if they were still vacant.

He said a Return to Work Order in October 2016 reinstated the 46 employees.

“Now that the Supreme Court has ruled that the dismissal order has valid grounds contrary to the earlier decision of Civil Service Commission-Regional Office 02, we feel vindicated,” Padilla added.