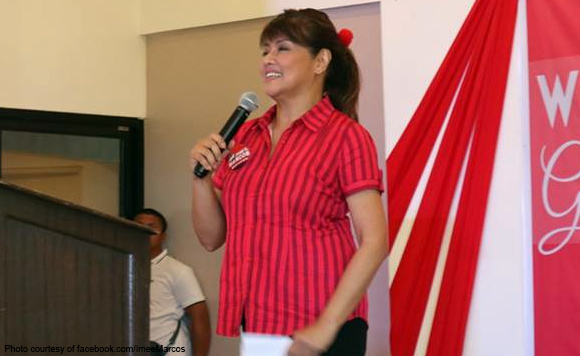 0 227
Share
Want more POLITIKO News? Get the latest newsfeed here. We publish dozens and dozens of politics-only news stories every hour. Click here to get to know more about your politiko - from trivial to crucial. it's our commitment to tell their stories. We follow your favorite POLITIKO like they are rockstars. If you are the politiko, always remember, your side is always our story. Read more. Find out more. Get the latest news here before it spreads on social media. Follow and bookmark this link. https://goo.gl/SvY8Kr

Ilocos Norte Governor Imee Marcos lauded the Supreme Court for its decision that said that local government units (LGU) are entitled to a 40% share of all national taxes.

The Ilocos Norte politiko said LGUS have long been deprived of their “just share” of the Internal Revenue Allotment (IRA).

“As a candidate coming from the ranks of local government officials, I really know what our local executives feel — the issues that are closest to their hearts,” Marcos said.

She also said the SC decision reflected the mandate of the Local Government Code.

“The SC ruling is a game changer in local governance because it will effectively empower LGUs in exercising its true mandate of delivering basic services to the people, as envisioned by the Local Government Code,” Marcos said.

“When our kababayans have problems, who do they run to? They go to us local government officials. More than 50% of the poor are also in the countryside and LGUs are our frontliners in the fight against poverty. They need all the resources they can muster to address the problem of poverty in rural areas,” she added.