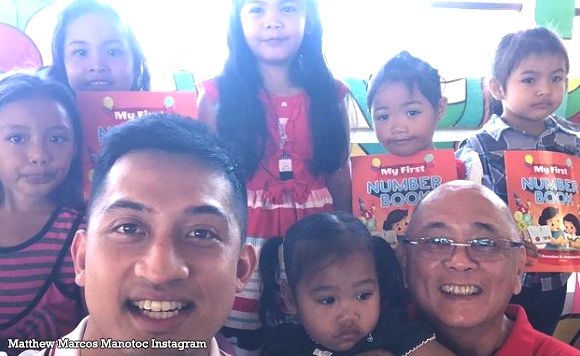 On Marcos’ second death anniversary, his politiko nephew shared a photo of them taken in 2019, when they distributed school books during the campaign season.

Manotoc said on Thursday, February 18, that he barely knew Marcos until 2016, but when they finally got to know each other, their love for basketball and golf made them closer.

“I’ll always remember the joy, warmth, wisdom, and calmness he carried himself with. I barely knew Uncle until 2016 when we were both board members. We connected on our shared love for basketball and golf and our times living in the States,” Manotoc said in an Instagram post.

“He was such a pleasure to be around and I grew very fond of him. I wish I could have seen his smile when his @lakers won it all last year. RIP Uncle,’ he added.

Marcos had died of an apparent heart attack inside a bathroom in Laoag City International Airport on February 15, 2019. He was 64.

‘Did you just call me M3?’ Gov Manotoc pokes fun…