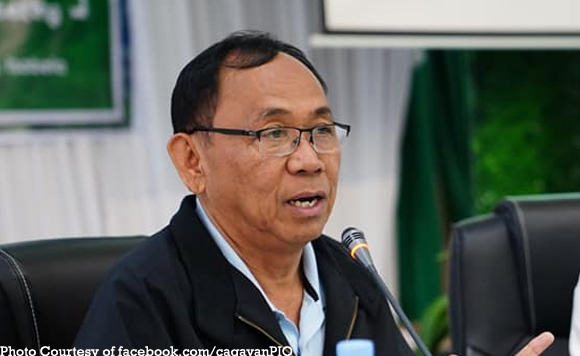 Cagayan Governor Manuel Mamba is on the hot seat after making anti-Muslim remarks during a recent Senate hearing.

The politiko appeared before senators who were probing into the massive flooding in his province when Mamba made a side comment about the local Muslim community.

“If we dredge the river, restore the Cagayan River to its old glory, I think Cagayan and the North will enjoy so much advantage, as much as economic activity of Luzon is concerned. We do not have Muslims here. Wala kaming problema as far as peace and order is concerned here,” said Mamba.

“There are also Muslims of various nationalities and race. And yes, we do have Muslim Governors doing exactly the same job as Gov. Mamba. I have a surprise for you, Governor, we’re everywhere! Don’t be scared because we do have Muslim policemen and soldiers as well to keep us all safe and protected,” Adiong said.

“What we do not have are officials who think that a presence of other religious groups is a problem to the peace and order situation in our areas, because, seriously, who would ever think that way except bigots?” he added.

The Governor of Cagayan, Manuel Mamba is bigot. A shameless man. He failed his people become of his incompetent. And now blaming others for his failure

Your statement gov is discriminatory and unbecoming as an elected official. The people of Cagayan must be ashamed of this man https://t.co/dBV3IVwnL0

Cagayan Gov. Manuel Mamba: "We do not have Muslims here. Wala kaming problema as far as peace and order is concerned here." Whoa! Islam, sir, is a religion of peace. Iba yung extremism, sir. fyi.

Mamba has since apologized for his remarks following the public backlash.