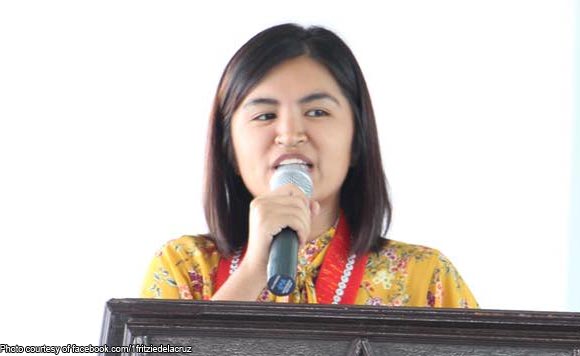 Twenty nine-year-old Fritzie dela Cruz Gapasin, a newbie in politics, makes history in her hometown as the Municipal Board of Canvassers proclaimed her as the first newly-elected woman mayor of Bacarra, Ilocos Norte.

Gapasin, a nurse by profession and daughter of outgoing town mayor Nicomedes dela Cruz, won with 11,391 votes against her rival Derek Velasco, a village chairman of Buyon, with 6,018 votes.

“Her candidacy was poised with immense pressure, and challenges. She was judged unfairly, her image was displayed in a bad light, people accused her issues that she doesn’t know nothing about public service, and governance. There were bold threats, ambush, and raids to disarm her defense but she remained calm, resilient, graceful, and focused,” one of her allies, town councilor Henedina Afaga, said.

Of the seven new faces out of the 23 newly-elected city and municipal mayors of Ilocos Norte, Gapasin was the only female mayoralty candidate who defeated her male rival in Monday’s polls.

Since the start of the election campaign, dela Cruz said her campaign vehicle was hit by two bullets while two security escorts were wounded in an ambush last May 7, or a week before Election Day.

Gapasin then appealed to her constituents to pray for a peaceful and safe election which they managed to do so, having no reported election-related casualty so far.

She likewise reminded her supporters not to retaliate after the incident.