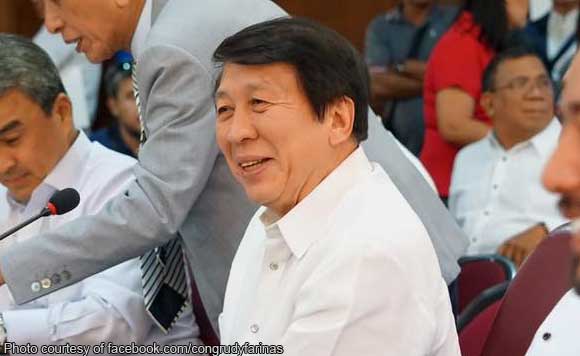 0 389
Share
Want more POLITIKO News? Get the latest newsfeed here. We publish dozens and dozens of politics-only news stories every hour. Click here to get to know more about your politiko - from trivial to crucial. it's our commitment to tell their stories. We follow your favorite POLITIKO like they are rockstars. If you are the politiko, always remember, your side is always our story. Read more. Find out more. Get the latest news here before it spreads on social media. Follow and bookmark this link. https://goo.gl/SvY8Kr

House Majority Leader Rodolfo Fariñas is pushing for the creation of the Philippine Legistlative Police (PLP).

The Ilocos Norte politiko said there is a need for “the independence” of the legislative branch.

Fariñas said the PLP aims to enforce the House and the Senate’s powers of contempt, and the issuance of subpoenas, summonses, and warrants of arrest.

“Congress is helpless to do anything if the PNP and other law enforcement agencies, which have been commissioned by the Congress to enforce and execute its orders, are remiss of their assigned duties,” Fariñas said.

The Philippine National Police is under the Department of the Interior and Local Government (DILG) or the the Executive Branch.